Showing posts from June, 2012
Show All 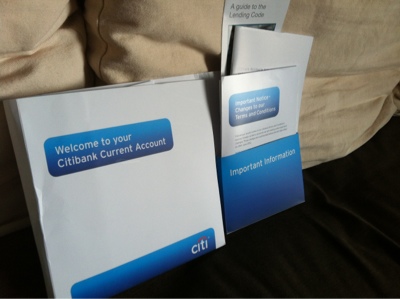 Today I went to a branch, withdrawn all my funds and ended my short relationship with Citibank. I wanted to open an account to better manage my trips to the us and the euro zone. I was attracted by their free USD and EUR so after consulting with some colleagues that gave me ok feedback, I submitted an online application. Few weeks later I received a letter in the mail asking to provide some proof of address. Once I sent it back, took few days to receive a letter saying that they were processing my application. Finally, a letter saying that the application was rejected. I phoned them up and they told it was because I spent less then 3 years in the UK. Knowing that this was not the real reason (colleagues of mine have been in the UK only for few months and have successfully opened an account) I kept pushing, asked to talk to a manager which eventually said the there was absolutely no problem and the accounts where opened. Funny that the phone clerk suggested to wait the 4 extra month
Post a Comment
Location: London, UK
Read more
More posts